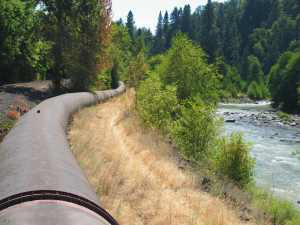 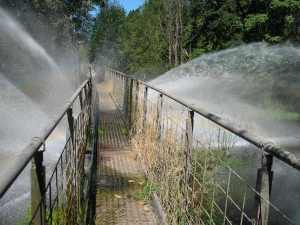 Hood River “Rainbow garden”, where the leaking penstock pipe would squirt water out for a 200-yard section just upstream of the bridged river crossing. Since 2006, when a flood wiped-out the pipe upstream, the rainbows are no more. Damn!

Hood River’s Rainbow Garden. R.I.P., summer 2010 when the upstream dam was removed, but the penstock pipe and this walkway atop it were left in place. It makes a really interesting walk along the rushing Hood River, just minutes from downtown.

The now-missing pipe section along the RR tracks

Before Pacific Corp welded-shut the penstock pipe, I happened to walk down the check-out the situation…and i found the pipe was “open”…so here’s what the inside of a century-old penstock pipe looks like: 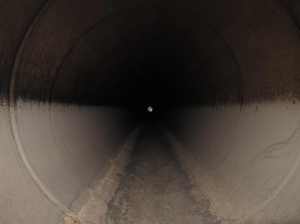 There are still sections of the pipe to walk. This section was at the parking lot, but no more: 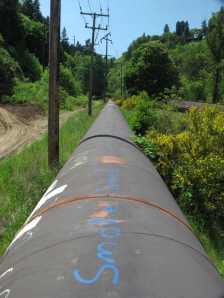 Looking back to the parking area

You can still “walk the guardrailed pipe” along the rushing Hood River:

Penstock pipeline along the Hood River

This next photo is the end of the pipeline along the Hood River.   The flood of 2006 washed-out the section. Turn back here! 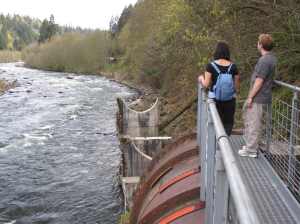 The end of the Hood River pipeline trail

One thought on “Hood River Pipeline Trail A29”